Since performing this scrying operation, I’ve had thoughts and experiences that seem relevant to the work.  First, “BAG” is supposed to be the Aethyr of guilt, self-doubt, and uncertainty.  I did not experience this directly during the working, apart from a sense of temporarily losing the reinforcing boundaries that define my “self.”  However, in the 24 hours that followed, I came down with a case of anxiety, depression, and crippling self-doubt that I cannot easily describe.

This strengthens my theory that scrying the Aethyrs is as much shamanic journeying as it is ceremonial magic (if there is a difference as far as visionary work is concerned).  An effective shamanic journey doesn’t end in the “Otherworld.”  Rather, the shaman brings those experiences back with him in order to heal the community, the land,  and / or himself in some way.

Other magicians have written at length about how the boundaries between subjective and objective states seem to become flexible during Enochian work.  And I am beginning to see how that may function: the inner meaning and overwhelming (yet still subjective) force of this scrying has an “aftershock” in one’s life.

This is why I think it might be wise to let, at minimum, one or two days pass between scrying sessions—not just to recover from the intensity, but to let the meaning of the recently scried Aethyr unfold in one’s mundane life.  Overdo this and I can appreciate how there would be so much unfolding at once that it could drive a person nuts.  As a wise friend said when I told him I’d begun this project, “Tie a rope around your ass in case we have to pull you out.”  Indeed.

Another interesting observation I can make at this point is that of corroborating images.  Granted, symbols of pyramids, scorpions, blood, fire, the moon, and gemstones are relatively ubiquitous in western esotericism.  Nevertheless, I have noticed that pyramids in four other accounts of BAG, scorpions in two, and an “Abyss” experience in three.  I encourage the reader to do internet searches on the Aethyrs in order to examine different visionary sessions, understanding that everyone will experience the Aethyrs (as with anything else) in his or her unique idiosyncratic way.  But still, it’s interesting to note the similarities.  I am keeping an open mind, above all else.

I am still recovering from the post-scrying fallout of BAG.  The next scrying session is scheduled for tomorrow.  I may or may not keep to that, depending on whether I feel up to it.  Slow and easy is nearly always preferable to half-cocked and irresponsible in inner work like this.

Don’t try to validate any of your spiritual or visionary experiences. You determine what they mean for yourself. Your inner world is wholly and completely yours. And yet, it reaches beyond what you have been conditioned to think of as the boundaries of your everyday self. This is why my teachers used the term “within you and beyond you.” These inner experiences, whether dramatic or commonplace, are taking place in the inner world of your conscious and subconscious, but they are also resonating with the macrocosm (as below, so above). Therefore, your experience as a spiritual being is unique and also transpersonal. Honor what comes to you and what you send forth into this experience and respect the spiritual experience of others. In that respect is a certain parity that contains the paradox of individuality-vs.-universal oneness. It also contains the paradox of free-will-vs.-fate.

“Purification never stops. As you walk further along the path, you will always have to deal with this. In every phase the questions change, together with the theme. In every phrase you will need to seek an answer to questions related to a theme that is in your life and has surfaced into the light. These inquiries are examinations of the Inner Planes. They can work like stumbling blocks. It can be that certain obstacles within your life cannot be transformed by you, and then the growth stops for a while until you have gained control over the theme. Then, at a later date, the test will repeat itself.” 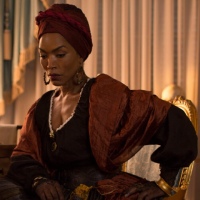 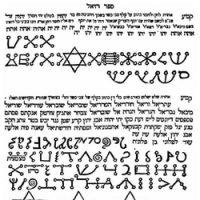